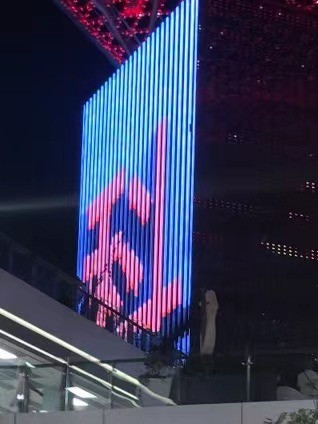 Courtesy of the artist

At one of the tech companies we visited, I saw a sculpture of a game character in a standard corporate exhibition space. When they told us in the conference room how this sculpture was created, I realized that they were describing a classic or traditional artistic workflow. Because I had seen better eye-tracking technology applied in interactive museum education, I wasn’t very interested in the eye-tracking technology they presented, nor their digital museum applications; nothing left a particular impression on me. The only thing I remember is that they talked about a proprietary blockchain platform.

Another tech firm we visited was a huge company, where I felt as if I were undergoing patriotic education. Visiting their exhibition space was a moving experience; I could see the outstanding work of solid engineers. The firm described a future model for a smart, completely automated neighborhood. In short, a world that doesn’t need people is right under your nose, although the 5G base station would consume rather a lot of power.

I don’t really watch livestreams or play games. Before the livestreaming industry really took off, I had used recording video in my art. As we toured the final company, I didn’t see any technique that particularly interested me. I still really enjoy just having one computer, working on this machine that thousands of engineers have built for me. I keep to myself in silence with my computer assistant. I’m alone in the studio, creating works of art. I have always worked with this assistant, and though I don’t know how it really looks, it surprises me every day. I rely on my eye for judgment, and the algorithm of art keeps operating in my brain. This algorithm combines with that of the computer, like a pair of farmer’s feet growing out of the field of AI innovation.

Lin Ke was born in 1984 in Zhejiang Province, and graduated from the New Media Art Department of The China Academy of Art in 2008. Since 2010, he has turned his attention to the behavioral science of the computer age by making himself his own guinea pig. Converting his laptop into a studio, Lin extracts material from computer software and the Internet as the fodder and form of his art. He records operational behavior and conceptual images by using screenshots and screen recording software. His work takes the form of installation, image, sound, text, video, and computer painting.

Field Trip consists of a series of interdisciplinary site visits, dialogues, and surveys around the subject of research, making its report an essential part of observing media ecology.