Imagining a New Kinship Between a Divided Science and Art 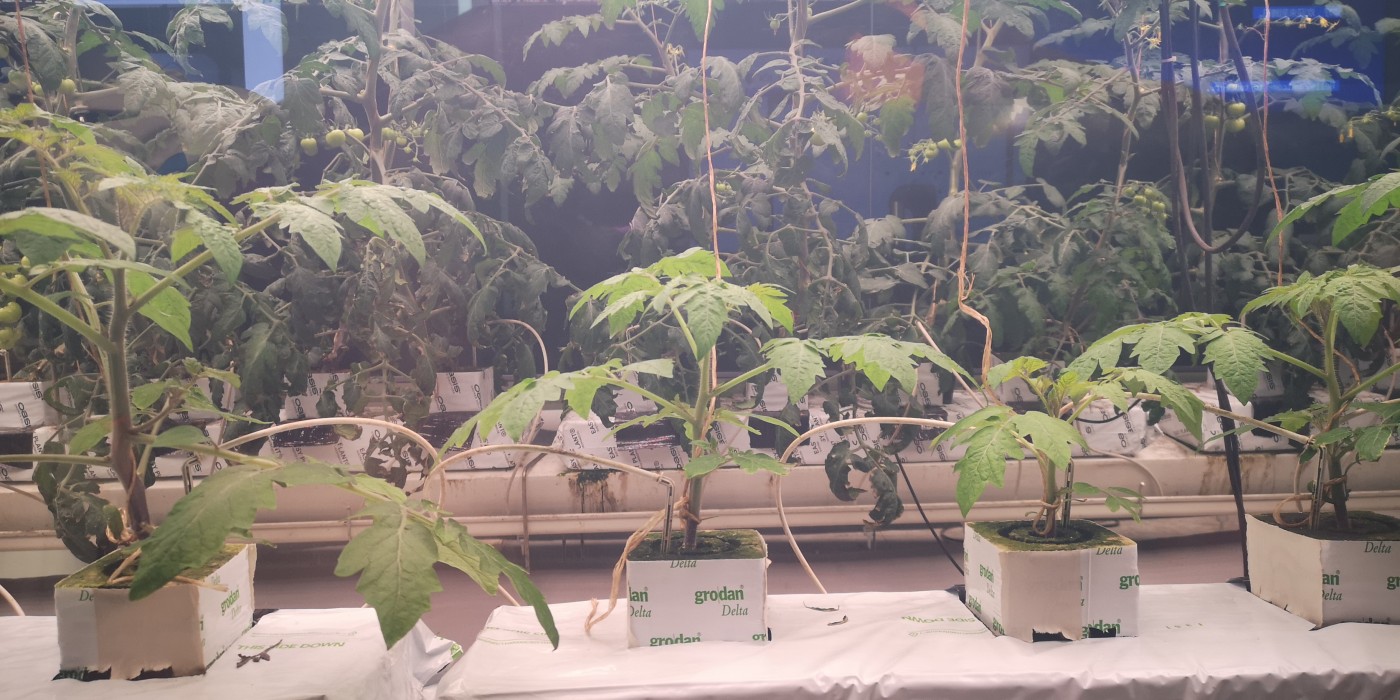 Smart agriculture application scenarios displayed by a tech company, courtesy of the artist

The Guangdong Times Museum staff had arranged for the artists and the contact team to meet in the Shenzhen tech company’s conference room. The artists had not expected the solemn atmosphere in the conference room, but this temporary restraint did not change the frank exchange that followed. After both sides had revealed what they wanted from the collaboration, a dramatic contrast emerged. The company wanted to use art to improve its image, and the artists obviously did not agree with the view of equating contemporary art with product design and brand packaging. The artists believed that they should be guaranteed freedom to create and critique, as well as sufficient technological support and funding. Specifically, the former attempted to instrumentalize art, using it to add cultural value to its tech products, while the latter assumed, or at least secretly hoped, that the former would transform into a generous provider of technology and funding. Naturally, this would not be a one-way street. In return, the company, which had become a sponsor, would receive symbolic capital at a low price. After all, compared to investing in a major charitable campaign, the cost of commissioning young artists to make art is negligible.

For artists and curators well-versed in the Western art system, this reciprocal relationship is common sense. Many of the people at that meeting had witnessed or participated in the surge in partnerships between American tech companies and contemporary art, and with this surge, these partnerships have become more mature and specialized. A classic example is the Art + Technology Lab at the Los Angeles County Museum of Art (LACMA). The Lab draws on the resources of tech giants such as SpaceX, YouTube, and Hyundai, providing equipment and funding for artists’ works and serving as a go-between for artists and technical experts.

Collaboration between tech companies and artists is nothing new. In the United States in the 1960s, tech and art kicked off a wave of collaborations. The need for American military-industrial innovation sparked by the pressure of the Space Race, the belief in Western tradition that artists are embodiments of creativity, and the simplification of corporate hiring systems opened the door for collaboration between tech companies and artists. Therefore, companies like IBM, Bell Labs, and Hewlett-Packard wanted to find and fund the next Picasso, providing artists with the most advanced equipment with which to make their works. 1 For example, in 1966, not long after they had poured everything into developing System/360, the most advanced mainframe computer at the time, IBM invited animation artist John Whitney to explore possible ways of creating vector graphics with the computer. Whitney did not disappoint, and together with an engineer, he developed a system that could produce vector animations set to music for System/360. 2

If we simply attribute this phenomenon to the philosophical and epistemological affinity between technology and art, then we would not be able to explain the misalignment between the company and the artists that emerged in that Shenzhen conference room. In the ancient Greek and Chinese traditions, there was no separation between technology and art. During the New Culture Movement, Cai Yuanpei and Liang Qichao repeatedly emphasized the importance of art education and the complementarity of science and aesthetics. 3 4 However, by the founding of the People’s Republic, the two gradually drifted apart for specific historical and social reasons. The People’s Republic inherited the Soviet system of separating the humanities from the sciences and the tendency to value the sciences over the humanities, which led directly to a conceptual opposition between science and art. The former became central to society’s development, while the latter generally served a propaganda function. Even today, the division between the humanities and the sciences and the prioritization of the sciences are present in tech companies, as well as the contemporary art world. When interdisciplinary collaborations attempt something new, they often follow a similar logic. If artists only see collaborations with tech companies as exchanges of symbolic capital, then art is still fundamentally a propaganda tool. In this exchange, artists’ emphasis on independence and critique carries a whiff of retaliation for this unfair position.

To get out of this predicament, we do not necessarily need to immediately and completely change the spirit of our society. In this moment, a more practical first step is to imagine a more multi-faceted and mutually beneficial relationship between science and art in the Chinese context. Of course, this is not a simple task; we must avoid the pitfalls of cultural self-colonization when learning from Western examples, while also confronting a shortage of relative local history and experience. The New Culture Movement, which highly valued aesthetics, merely stopped at seeing art as an aesthetic and moral supplement to science. In emphasizing the equal importance of science and art, Cai Yuanpei thought that an “interest in art” could demonstrate to scientists the value of human life, a formulation that is still dualistic. In recent years, scholars at state institutions reflecting on the prioritization of the sciences over the humanities also seem unable to overcome this thinking. 5 In the Chinese contemporary art world today, whether they incorporate new technologies as creative mediums or focus on the social changes that technology has triggered, artists have often passively benefitted from technological developments. The participants in that meeting did not seem to realize that scientific innovation could also benefit from art. Don Ihde gave the example of the camera obscura to explain how art “created” modern science. During the Renaissance, the development of the camera obscura as a painting tool stemmed from artistic necessity, but the contributions of this device to astronomy and geometry paved the way for modern science.6

Of course, we could return to Cai Yuanpei’s views on art education and appeal to the ethical guidance that art could offer science, reconstructing it as an insightful ideal. However, we may also wonder: If we don’t bridge the divide between science and art and directly put that ideal into practice, aren’t we just deepening the rift between the two? Will this cause artistic practice to move toward negative critique, while tech companies still indifferently see art as a promotional tool that will, in the end, reinforce existing power structures? Perhaps, as the history of the camera obscura shows, before putting lofty ideals into practice, we must first realize that science and art can become indistinguishable creative agents. From there, we can imagine a new kinship between the two in the Chinese context, envisioning how artists could become scientists or scientists could become artists, how science and art could work together to resolve problems or create and produce knowledge, and how technology could participate in this process. This kinship is not intended to subvert existing relationships, nor can it happen everywhere, but like fungi growing after the rain, this kinship can maintain countless connections within society and there will always be places for it to grow. Only in this way can we provide a firm foundation that will help us to bridge the divide between tech and art.

Xi Lei is an artist, writer, and doctoral candidate in artistic research at the University of Arts and Industrial Design Linz. His recent research and art-making focus on the political and aesthetic implications of non-anthropocentrism. He is also a writer of art theory and criticism. His works often derive from his writing. His texts are published in a wide range of media, such as DEEDS.NEWS, Ocula, Scope Yishuke, and Artcoco.

Field Trip consists of a series of interdisciplinary site visits, dialogues, and surveys around the subject of research, making its report an essential part of observing media ecology.